Dannielle Shand more popularly known as ‘Tiana’, the ‘Dancehall Duchess’ has been breaking barriers in the local dancehall space and also in various countries such as Europe, Africa, UK, US and the Caribbean. The young, talented and mutli-faceted female artist was born and raised in the beautiful parish of St. Mary in Jamaica and derived her musical inspiration from the creative art of music and the different genres which she has never afraid to explore..

‘I Won’t’ was her first single which garnered a lot of attention tackling the issue of domestic violence against women and further leading to the recording of many songs including a collaboration with dancehall artist and dancer Chi Ching Ching resulting in the single, ‘Skippin Feelin’. The collaboration was inspired by the Black Eyed Peas’ hit single ‘I Got a Feeling’ which featured an upbeat, up tempo and unique sound. ‘Skippin Feelin’ not only gained constant rotations on main-stream radio in Jamaica and the Caribbean but it also resulted in Tiana’s first major booking the greatest reggae/dancehall show on earth, ‘Sting’.

As her popularity grew, her fan base grew wider; Tiana released the single ‘No Man Can Talk Bad Bout Mi’ in 2010 as a counteraction to dancehall artist Konshens’ single ‘Talk Bout Me’. The single co-produced by SubKonshus Records and D&H Records received several number one spots on charts locally and internationally. With this momentum Tiana released the single ‘Dat Mi Want’ on the ‘Flirtation Riddim with other major dancehall artists such as Konshens and Vybz Kartel to name a few. That same year these singles lead to her performing for over 3000 Spring Breakers sharing the stage with other top acts such as Shaggy, Beenie Man, Tanto Metro & Devonte and the always energetic Elephant Man. In December of 2010 she was booked for the annual ‘GT Taylor Christmas Extravaganza Concert’ in Jamaica.

In 2011 Tiana completed collaboration with Konshens entitled ‘Gyal Mi Love Yuh’ on the ‘Buss Out Riddim’ produced by Fams House Production. Following this single came Many more singles such as ‘Bruk Out and Wine’ on the ‘Overproof Riddim’. Other more notable singles from Tiana included ‘Haffi Mek It (Love My Life)’, ‘The Highest Grade Song’, ‘Better Love Tell’ on the Dumpline & Butter Riddim. In this year alone Tiana unveiled 11 music videos which made a clear statement about her drive and determination to create great music.

With her confidence and unique style it came as no surprise when her hit single ‘Dem A Bawl’ made it to the MTV Base Africa’s Top 10 Charts. ‘Dem A Bawl’ produced by SoUnique Records on the Aurora Sky Riddim also earned Tiana four weeks in the number one spot on Kenya’s Rebel Liberation Sounds Top 10 Video Countdown. Additionally, the single hit Jamaican charts peaking at Number 1 on CVM TV’s Top 10 Hit List; Three Weeks in the Number 1 spot on TVJ’s Video Alley; Number 5 on Tempo’s Pree Dis; Number 5 on Richie B Top 25 Dancehall Chart; Number 6 on Hype TV Chart; Number 2 on OutAroad Hot Singles Chart (MDTV Flow Channel 393) and Number 2 on Stampede’s Street Chart. In that same year she received two IRAWMA nominations for Best Female Vocalist and Best Female Deejay.

As the years progressed Tiana has traveled to several countries around the world. She grew a massive fan base in Africa… winning “Best Female Dancehall Artiste of Year” in Kenya in 2013.

Since then Tiana has continued to release solid tracks such as a follow up EP ( Album) titled Straight Outta Jamaica (Dancehall Duchess) while her first EP (Album) Princess Of The Dancehall consisted of 9 tracks was released in 20012. her Current EP Straight Outta Jamaica features 12 hot tracks such as Gyal Broad Out, Batty Rider, Balance Pon Mi Head, Left Him, My Life just to name a few… Tiana’s latest releases include songs such as Think Bout Me ft Vybz Kartel … Kushi (Wine) … Rev It Up produced by ZJ Sparks… Head Mad ft Vybz Kartel and Cheater produced by Jay Crazie Records. 2013 Tiana embarked on her first European Tour and has been touring since then, performing in countries such as Germany, Netherland, Belgium, Switzerland, France, Luxembourg and many other countries. Tiana was also granted the opportunity to perform on the Seychelles islands East of Kenya for thousands of patrons.

“ I am deeply humbled for all that I’ve experienced thus far in the music industry I’ve grown and learnt allot, it has been a Road filled with mixed emotions , hurdles but I must say there were some amazing moments and still many to come, I’m great full because it made me into the strong resilient woman I am today. Music is my passion and my life I will not stop no matter the challenges that lingers ahead because my aim is to make a great impact internationally and make my mark as one of the greatest Artist/entertainer from the small beautiful island of Jamaica.

Nevertheless In 2017 Tiana started working on her New Album With European based Recording Company Jamberchem Empire, entitled “Dancehall Duchess” The Album was professionally mixed by European Engineer Benny Hermann and mastered by Volker Idr Gebhardt and is set to be released In 2018 but one can look out for singles prior the release.

“I am extremely excited about this Album and I’m pleased to have an amazing professional team who worked acidulously in studio to finish this project. The album is filled with so much emotion, energy and love for the craft that I cannot wait to share it with the world. So from now to 2019 and onward, look out for fresh music from the Dancehall Duchess. “ 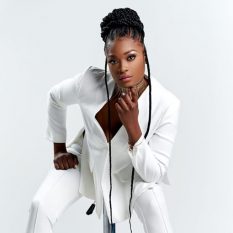 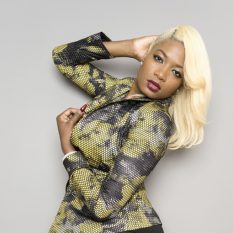 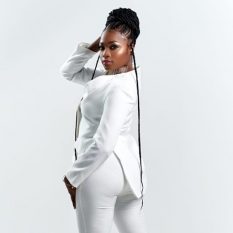