Born, Warren Gladstone Williams, in the St. Ann’s Bay hospital on April 24, 1972; Future Troubles a.k.a. Future Fambo is extremely proud of the fact that he hails from the “Garden Parish” of St. Ann, along with some legendary icons of Jamaican culture, Marcus Garvey, Bob Marley, Burning Spear and Shabba. “It is one of my greatest inspirations to know that I am from the same parish as these greats, and that I can be like them.” As a youth growing up in Parry Town, St.Ann, his most direct influences came from his uncle and his brother. His uncle, Zack Henry (of “The Astronauts”) is a multiple Festival Song Contest Winner.
Even as a child, his talent was well known, and highly sought. I remember my teacher coming to wake me out of bed one night, to go to Parry Town Square. The Prime minister at the time, Michael Manley was having a meeting and they wanted me to come and vibes up the crowd. I was about eight years old.” As a teenager, after leaving secondary school he was a member of a dance group, ‘Crazy Boys’. “Dem days deh, wi used to dance a hotel and dem place deh. A so we used to eat food.”
On this rocky road to stardom, the break came at no other place but James Avenue, the north-coast Mecca of Reggae Music. The home of the legendary Jack Ruby was now the home of musical entrepreneur/businessman, Courtney Cole and the Roof International Talent Show; a weekly show for amateurs, climaxing on the fourth weekend with the grand final. “Week after week mi win with the same song.” The song “kung fu” was written based on a Jackie Chan movie, and had created a dance for it as well. The song was so well loved that it won at the finals. Courtney Cole was so impressed that he recorded it on his Roof International Label. The song was purely infectious and soon after its release all of Jamaica was singing the ‘Iya lya Hoo’ song. The catchy hook and beat, along with the dance, took the country be storm.
He was ushered into the camp of Roof International label; at that time, one of the most potent in the industry, boasting the likes of President Brown, Jigsy King, Tony Curtis, Little Hero, Brushy-One-String and the late Mickey Simpson. Garnet Silk was also closely associated with the label as well. President Brown and Jack Raddix gave Future his first introduction to a major live audience. On a hot night at the White River Reggae Bash in 1994 they called him onstage and he tore the place down. Since then, Future, has excited and trilled audiences at such events as Reggae Sunsplash, Reggae Sumfest, Sashi, Sting, and every other major Reggae/Dancehall show held in Jamaica. Overseas, his presence has been felt in countries such as: Japan, Canada, United States, Europe, England and the Caribbean.
As an artiste, Future is more than unique. Few artistes have been able to sustain the momentum of a debut monster hit. Most fade away under the pressure. He has had subsequent hits such as: ‘Hong Kong Mi Born’ ‘Lava Lava Gal’ ‘John Goh Deh’ ‘Matey Know Wifey Secret,’ and, ‘How Many Girls’ done with Beenie Man on the Grammy Winning ‘Art & Live’ album. Future has worked with just about everyone in the business.
Fambo came back on the scene for a second time, In 2006 with ‘Wrong Hail’, ‘Forget About It’, ‘Fambo’ and other kicking singles on the toughest riddims at the time, which were produced by Leftside and Esco, who started the fire and Steelie and Cleavie who threw on the gas.
2010 has been a hit maker year as his current hit “Rum and Redbull” featuring ‘The Doctor’ Beenie Man has been hitting the airwaves with a storm. In the mix is productions from Supa Hype with songs such as ‘Swaggaholic’ by Stephen ‘The Genius’ McGregor, ‘Watch How We Move’, and the ‘All I Smoke’, a Remix to T-Pain’s ‘Win’.
And his most recent single “This Life” done by Notice Production, which has a video following up soon. It doesn’t stop there, the long-term plans by the artiste is to launch a clothing line, a record label and a film company.
“Everything that happened before was preparation for this, the vibe is crazy… Time now. Future is NOW!” 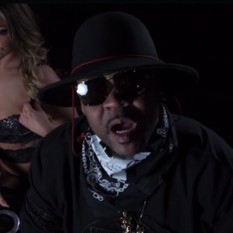 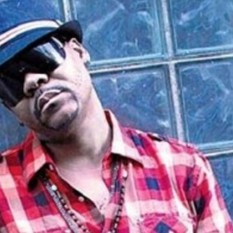 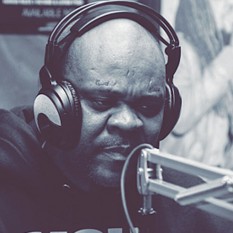